You are here: Home » News » Nickel Alloy Products Knowledge » Ronsco briefly describes the history of the development of superalloy

Ronsco briefly describes the history of the development of superalloy 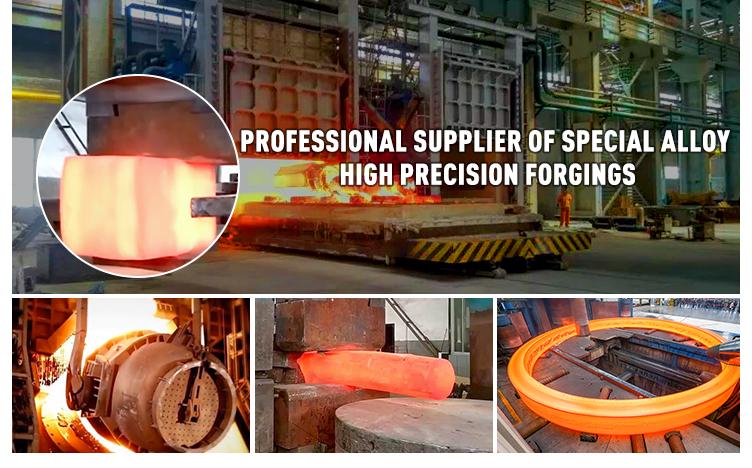 The development process of superalloys

Since the late 1930s, Britain, Germany, the United States and other countries have begun to study superalloys. During the Second World War, in order to meet the needs of new aero-engines, the research and use of superalloys entered a period of vigorous development. In the early 1940s, Britain first added a small amount of aluminum and titanium to 80Ni-20Cr alloy to form a γ┡ phase for strengthening, and developed the first nickel-based alloy with higher high-temperature strength. In the same period, the United States began to use Vitallium cobalt-based alloy to make blades in order to meet the needs of the development of turbochargers for piston aero-engines. In addition, the United States has also developed Inconel nickel-based alloys to make jet engine combustion chambers. Later, in order to further improve the high temperature strength of the alloy, metallurgists added tungsten, molybdenum, cobalt and other elements to the nickel-based alloy to increase the content of aluminum and titanium, and developed a series of alloys, such as the British "Nimonic" and the American "Mar-M" and "IN", etc.; in the cobalt-based alloy, nickel, tungsten and other elements are added to develop a variety of high-temperature alloys, such as X-45, HA-188, FSX-414, etc. Due to the lack of cobalt resources, the development of cobalt-based superalloys is restricted. In the 1940s, iron-based superalloys were also developed. In the 1950s, brands such as A-286 and Incoloy901 appeared. However, due to their poor high temperature stability, their development has been slower since the 1960s. The Soviet Union began to produce "ЭИ" brand nickel-based superalloys around 1950, and later produced "ЭП" series of deformed superalloys and "ЖС" series of cast superalloys. China began trial production of superalloys in 1956, and gradually formed "GH" series of deformed superalloys and "K" series of cast superalloys. In the 1970s, the United States also adopted new production processes to manufacture directional crystal blades and powder metallurgy turbine disks, and developed single crystal blades and other high-temperature alloy components to meet the needs of increasing temperature at the inlet of aero-engine turbines.

Through aging treatment, the second phase (γ┡, γ", carbide, etc.) is precipitated from the supersaturated solid solution to strengthen the alloy (see alloy phase). The γ┡ phase is the same as the matrix, with a face-centered cubic structure, lattice The constant is similar to the matrix and coherent with the crystal, so the γ┡ phase can be uniformly precipitated in the matrix in the form of fine particles, which hinders the movement of dislocations and produces a significant strengthening effect. The γ┡ phase is an A3B type intermetallic compound, and A represents Nickel, cobalt, B stands for aluminum, titanium, niobium, tantalum, vanadium, and tungsten, while chromium, molybdenum, and iron can be either A or B. The typical γ┡ phase in nickel-based alloys is Ni3 (Al, Ti). The strengthening effect of γ┡ phase can be strengthened by the following ways: ①Increase the number of γ┡ phase; ②Make the γ┡ phase and the matrix have an appropriate degree of mismatch to obtain the strengthening effect of coherent distortion; ③Add niobium, tantalum, etc. Elements increase the anti-phase domain boundary energy of the γ┡ phase to improve its ability to resist dislocation cutting; ④ Adding cobalt, tungsten, molybdenum and other elements to increase the strength of the γ┡ phase. The γ" phase is a body-centered tetragonal structure, and its composition It is Ni3Nb. Due to the large degree of mismatch between the γ" phase and the matrix, it can cause a large degree of coherent distortion, so that the alloy obtains a high yield strength. However, the strengthening effect is significantly reduced when the temperature exceeds 700 ℃. Cobalt-based superalloys generally do not contain γ┡ phase, while strengthening with carbide.

Through the powder metallurgy method, small oxides that remain stable at high temperatures are added to the alloy in a dispersed state, thereby obtaining a significant strengthening effect. Commonly added oxides include ThO2 and Y2O3. These oxides strengthen the alloy by hindering the movement of dislocations and stabilizing the dislocation substructure.

Ronsco is Professional Manufacture and Supplier of Special Alloy & Superalloy High Precision Forgings，After 25 years of development, Ronsco has now grown up to over 200 employees, half of whom have worked in high-temperature alloy industry for more than 10 years. Besides, we possess 15 product experts and experienced technicians to ensure the product quality.

And our business has grown and developed from traditional industries to other new tech fields like oil & gas, petrochemical, nuclear, biological medicine, electrical power, shipbuilding, aviation and aerospace.